Forem Creators and Builders is a community of 1,968 amazing creators 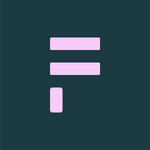 What does it take to create a strong password?

How useful is the home sidebar to you?

Contribute
Our pace of UI improvements is picking up... Make sure you keep your Forems regularly updated!
#selfhost #design #features
Your Friendly Neighborhood Developer Advocate
#selfhost #community #headsup
What are you working on? Share your Forem!
#forem #selfhost #foremcloud