There are many names for Discussion section under posts. Well, naming is hard. Even though these are just comments, we try to engage people to have more meaningful conversations about posts - and I think using right language is one way to do so.

Couple weeks ago, we've shipped updated design for post view. But the one area we've haven't really touched was "Discussion". And today I wanna show you some design ideas for it.

So I mentioned meaningful conversations - I think this is really great thing about Forem communities. You know - it's much more interesting to see longer conversations rather than short comments like "Cool!" or "Thanks" or whatever. On DEV I often learn much more from Discussion section rather than the post itself. So the concept of "threads" is something I really appreciate and try to encourage.

I wanted to introduce the visual language that would be in-line with "threading" and would make it easier to follow specific conversation within Discussion. And here it is: 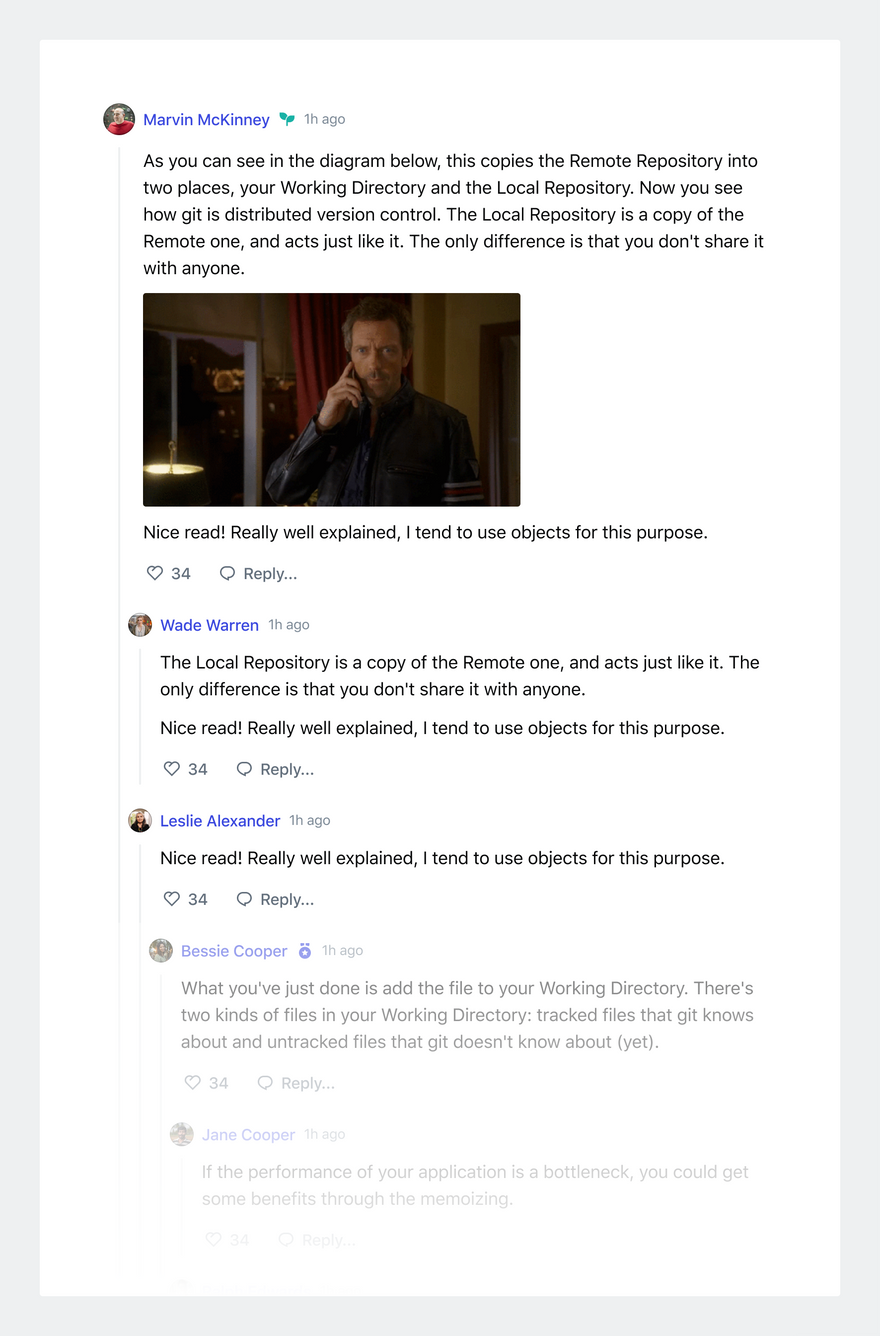 Having this kind of a linear layout should make it a little bit easier to follow the thread.

Now the commenting form. It's a simple textarea - it doesn't need much love. But there are few things to make it less overwhelming and at the same time more welcoming to join the discussion. How? Get rid of what's not necessary. All the controls are not really needed until you start typing. So let's hide it and make the entire form a simple call-to-action that would expand itself AFTER you start interacting with it. 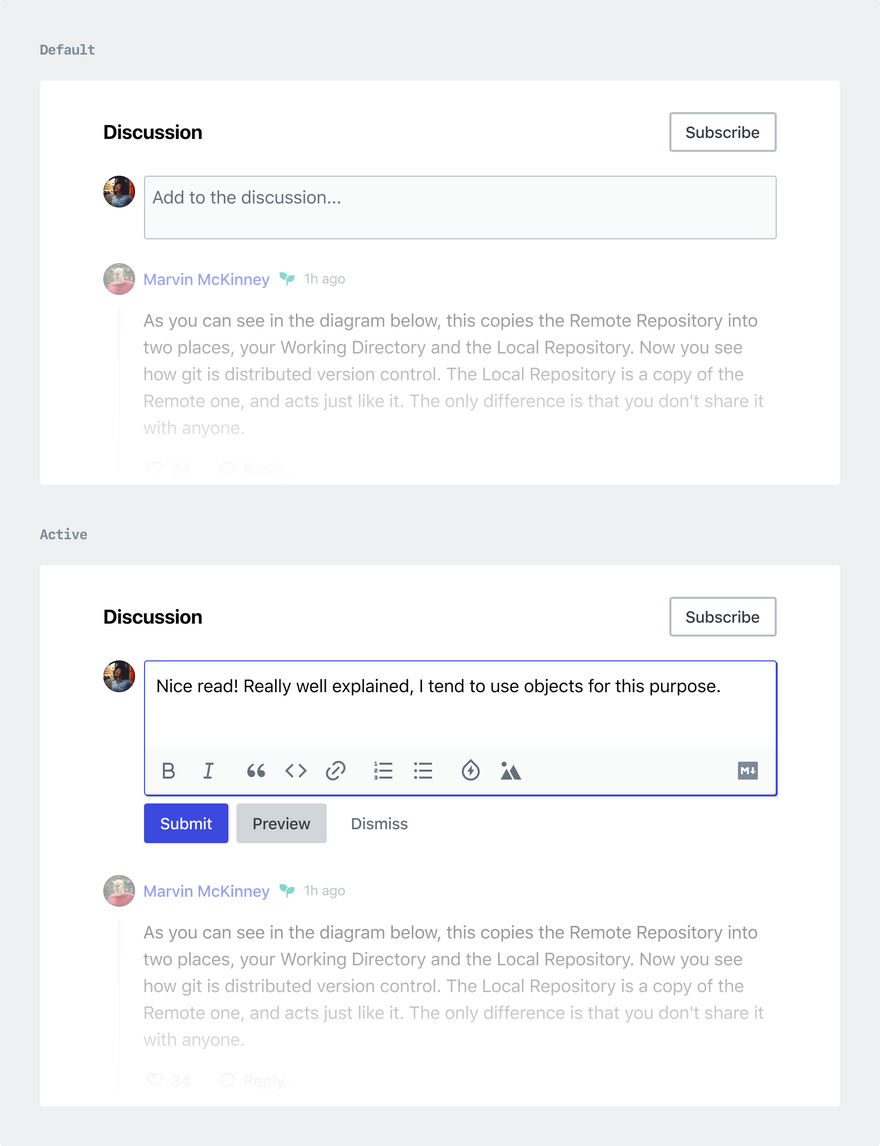 So above you could see an overview of how the new "Discussion" section could look like. But there's much more details that would go into it.

Users can define own "branding" in settings by picking some colors they like. We want to subtly bring that branding into comments, so on desktop, when you hover specific comment we gonna highlight its thread line with user's color (btw. this area will be also used to collapse comments). 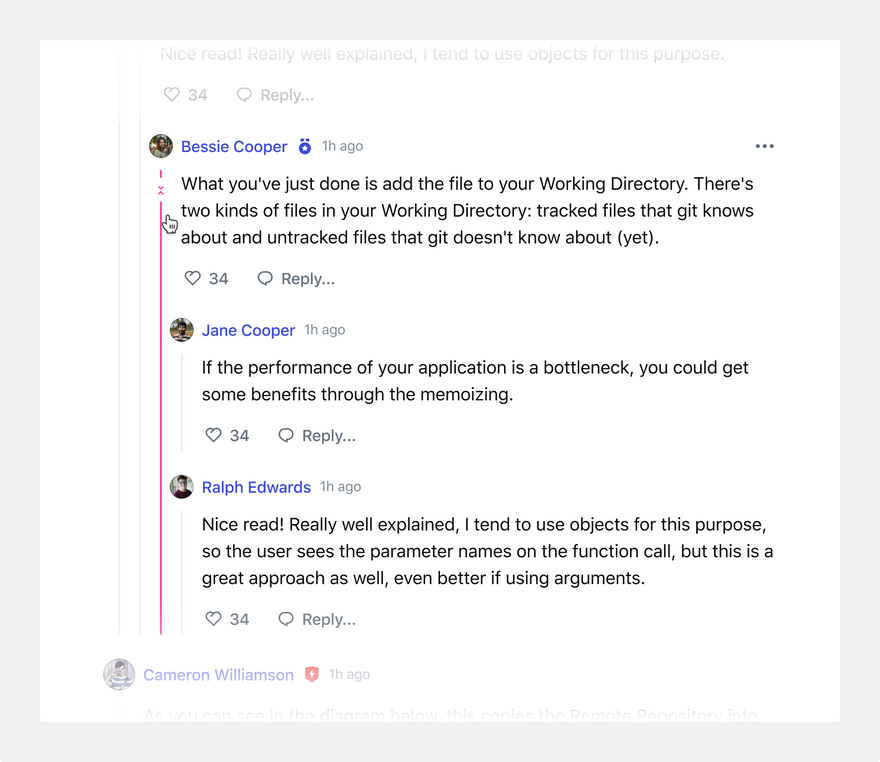 And one more thing I wanted to show is ,ore visual way to recognize type of users - whether it's an admin or post author or moderator. Specific roles will now have an icon representing that role.

Why Is A Defi Exchange Like Pancakeswap A Must?

Once unpublished, this post will become invisible to the public and only accessible to Paweł Ludwiczak.