Through conversations with a few potential Forem Community Leaders, I've received a similar request in a few flavors that I'd like to discuss here.

The request is an optional to enable a "database" feature.

To take our movies example, let's pretend that the Forem admin of MovieLovers.com wanted to add "Ratatouille" to the database. From there, they would want to add structured information such as the IMDB rating, year of release, length in minutes, director, main actors, etc.

They'd have movielovers.com/movie/ratatouille (or similar) as a canonical URL, where community members could come in to take other actions, such as leaving their own review.

Community members would ideally be able to reference the canonical link in their posts, potentially with a liquid tag such as {% movie ratatouille %}

That would allow for varied posts such as "Top 10 Pixar Movies" and "Delightful Food Films" that reference the same canonical movie link. The movie page would hopefully expand over time, adding references to the places where it had been mentioned.

A community member would also be hopefully be able to make use of a "Movie Search" portal, where they could filter down by any of the structured information (including community reviews) to find something to watch.

Look forward to hearing everyone's thoughts on this request. 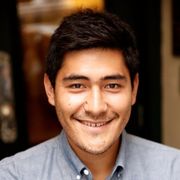 Congrats to the.community.club on being the latest Forem to go live!