I was just in the process of updating my Forem, Synthusiasts Club and thought it would be helpful to provide a video tutorial on how to update your Forem.

I'm a non-technical team member here at Forem, so hopefully this will ease any fears that any fellow non-techies have about entering the terminal and updating their Forem instance. 🙌

It's really important that we keep our Forems up to date regularly to make sure that we are receiving the latest features, UX improvements, and security updates. I recommend doing this at least once a week. 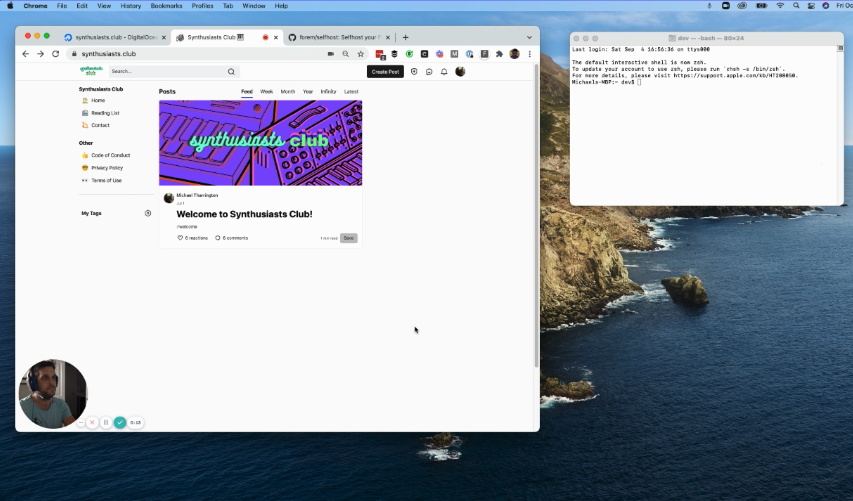 Here is a quick video walk-through called Updating Synthusiasts with foremctl that walks you through how to update your Forem in just a few quick steps.

Note: there is also a transcript available directly on Loom.

For reference, you can view the SSH Examples section of our Forem Self-host Docs where you'll be given info on SSH'ing into your server + shown the command to enter into your terminal to trigger the update for your Forem - sudo foremctl deploy.

You may also want to check out @andrewbrown's tutorial How to keep your forem server up to date for selfhost which provides a more thorough take.

How to access and debug the Forem Server's underlying Rails App

Once suspended, communitysuccess will not be able to comment or publish posts until their suspension is removed.

Once unsuspended, communitysuccess will be able to comment and publish posts again.

Once unpublished, all posts by communitysuccess will become hidden and only accessible to themselves.

If communitysuccess is not suspended, they can still re-publish their posts from their dashboard.

Once unpublished, this post will become invisible to the public and only accessible to Michael Tharrington.

Thanks for keeping Forem Creators and Builders 🌱 safe. Here is what you can do to flag communitysuccess:

Unflagging communitysuccess will restore default visibility to their posts.