While it is very cost effective to have your Postgres database residing on the same server as your application there are a few drawbacks.

If you were to horizontally scale by adding more of the same servers via a cloud load balancer, we will end having two databases and this will lead to a broken experience and data loss with data being written randomly between the two servers.

If we want to connect the database to Business Intelligence (BI) tool like PowerBi its going to painful to establish a connection since we'll have to do some work to expose the ports on the server and container.

We also have to devise our own database backup strategy. Technically the database is being backed up when we create AMIs but you only really makes new AMIs when you have made configuration changes you want to preserve not for the database.

Within AWS Console Navigate to RDS and create a new Database. 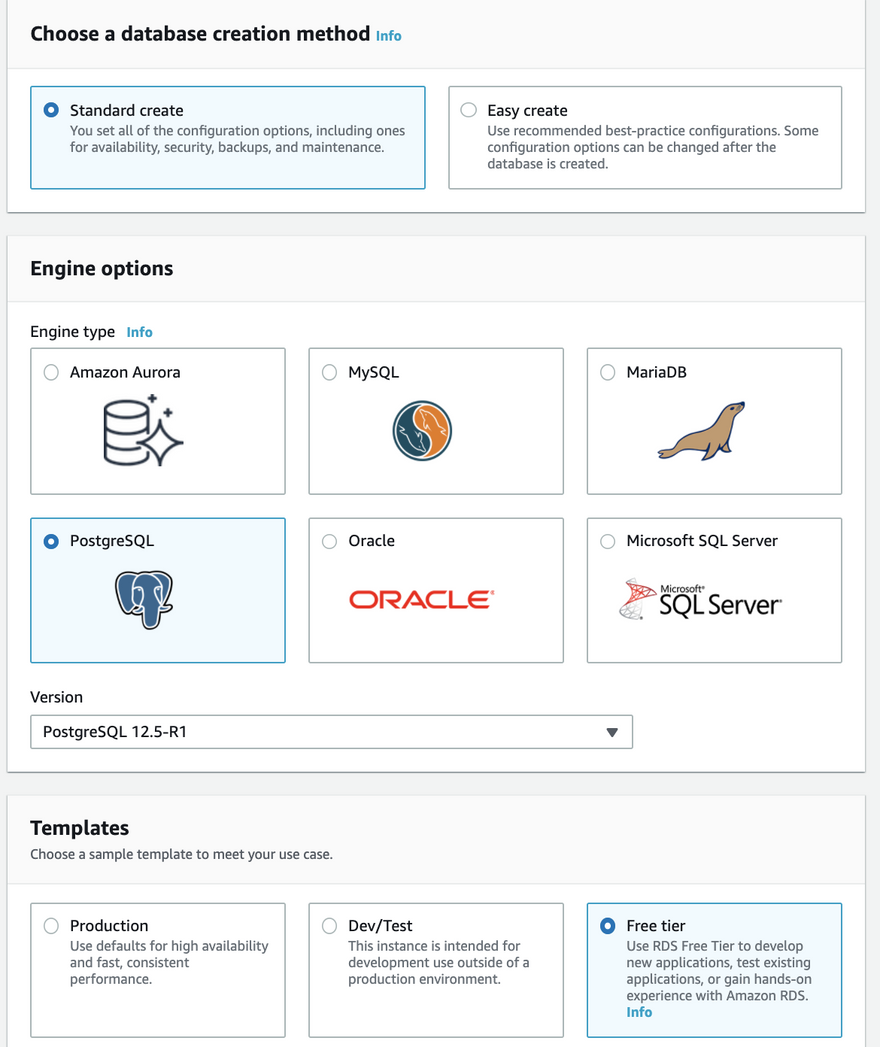 You will need to write a Database Identifier 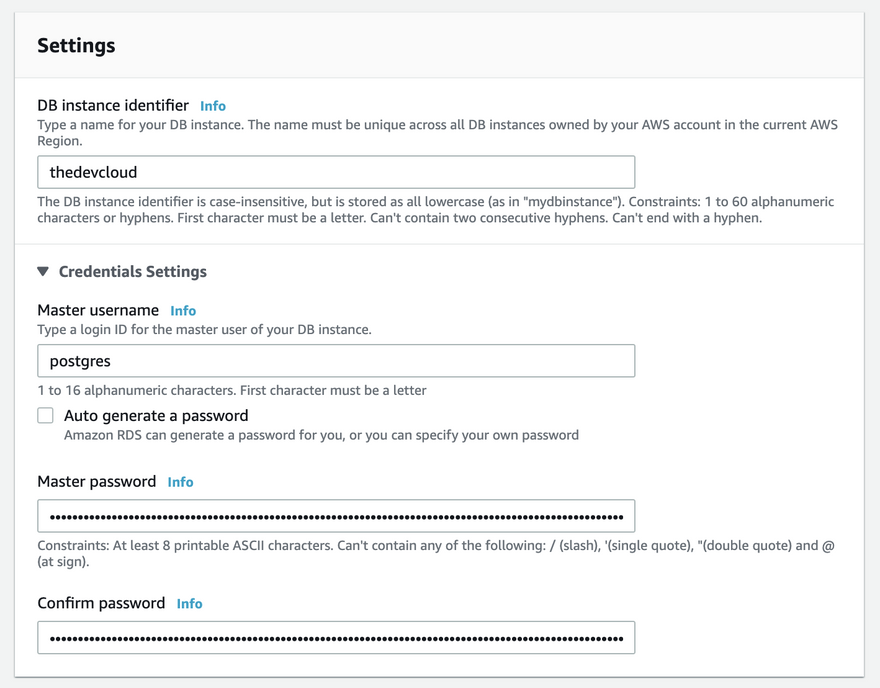 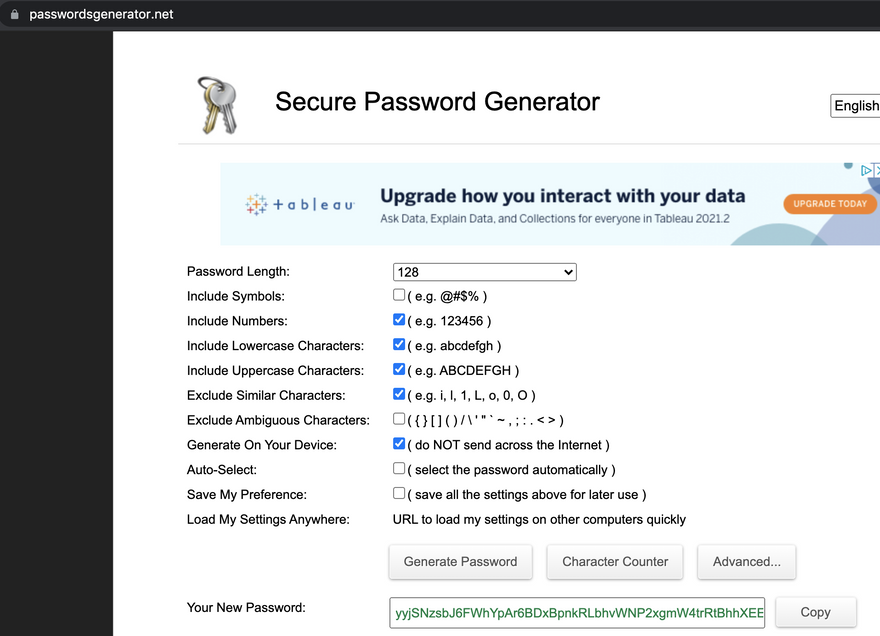 I am going to make give it Public Access so I can easily connect to via TablePlus.

You will need to expand Additional Configuration

Name your database. I am using the same name as the original forem_production

We can proceed to create the database

It can take quite a while to create the RDS instance. Lets proceed to dumping our current database.

SSH into your Forem Server

The application configuration for your Forem Rails app resides at /opt/forem/envs/rails.env

We can grep to extract out the DATABASE_URL used to dump the data.

We will need to enter the forem-rails container to perform the dump because it will have a PSQL client installed and will have ports open to the Postgres database container and will have outbound access to the internet so we can import our dump into our RDS instance.

Using our database url we will dump the entire database to a sql files called dump.sql

So in my case:

We give it a name and description and add two inbound rules for Postgres (port 5432), one allowing the security group of our server and our own IP address if we want to connect via TablePlus 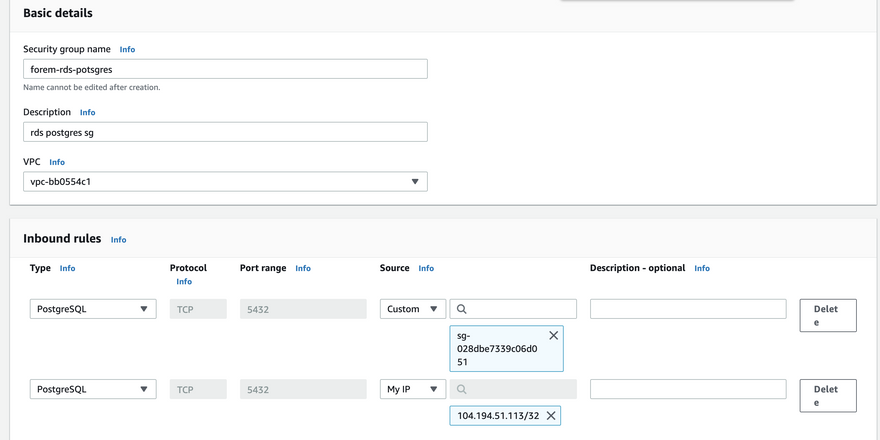 Change out the security group 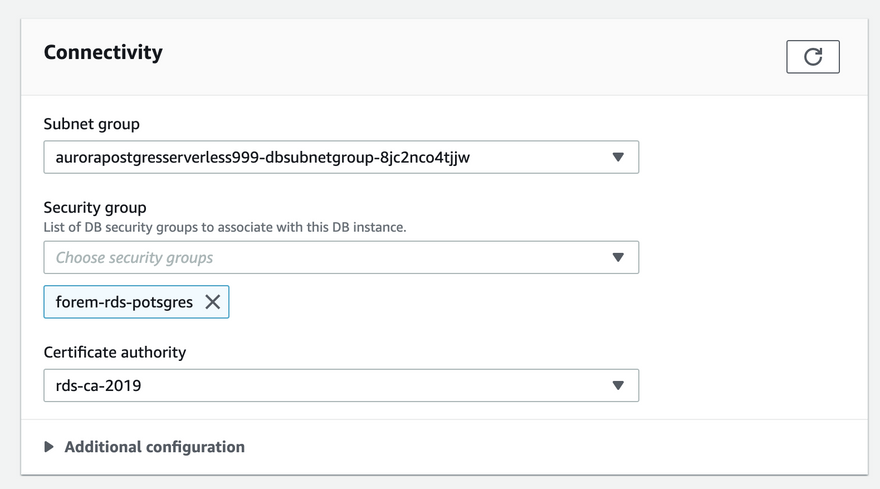 We need to assemble our new Postgres database connection url which follows this format:

You can test on your local machine if your string works by supplying it as the first parameter to psql.

To import you need to run this command from within the forem-rails container:

Once imported delete your dump.sql

In order for our new database to be in use we need update our application configuration.

replace the DATABASE_URL with our new one by editing the application configuration file.

Turn off the postgres service and ensure it doesn't restart.

Restart Rails and Sidekiq for the new DATABASE_URL to take effect

Check that your Forem server is working normally be visting your website.

You need to create a new AMI and update your Launch template.

That's all there is to it. I don't know what would happen when we would perform an forem update. Maybe @jdoss can tell me what trouble I have created for my future self.

Can we use the same servers for different selfhosted Forems?

Other languages than EN

Andrew Brown
How to keep your forem server up to date for selfhost
#selfhost #tutorial #creatorwalkthroughs
A current update to the TheCloudDev Forem preperation
#selfhost
How do you add widgets to the sidebar in the Forem Admin?
#help #selfhost

Once suspended, andrewbrown will not be able to comment or publish posts until their suspension is removed.

Once unsuspended, andrewbrown will be able to comment and publish posts again.

Once unpublished, all posts by andrewbrown will become hidden and only accessible to themselves.

If andrewbrown is not suspended, they can still re-publish their posts from their dashboard.