Forem Creators and Builders is a community of 2,451 amazing creators

I am chipping away bit by bit getting my Forem into shape. I've already soft-launched the platform so I have a small trickle of users activity as I work through the fine-tuning of my forem self-hosted server.

My first priority was ensuring the stability of platform so far I have:

I have yet to replace my single instance for an Auto Scaling Group, fronted by a Load Balancer.

I did reduce EBS drive to 30 GB, and I don't know where file uploads yet are stored. If they are residing on the EBS drive I think I'll have to immediately see if I can move uploads to an S3 bucket instead. Hopefully the app is using some standard upload gem, and I can just provide configuration to S3.

I did run into a bug, and since I could not figure how to view production logs I worked around that by installing HoneyBadger. @jdoss has pointed me to where I can see views logs, so I'll need to test that and determine if I can easily stream my logs to CloudWatch Logs.

Personally I would rather use Rollbar over HoneyBadger. I did see DataDog but I won't touch that service after being over-billed multiple times and having the most painful exit from a cloud service of my life lol.

I think that since I am very likely to write my own plugins, which will require my own custom image I will need to build my own CI/CD pipeline and have a pipeline for building golden images to at least attempt to apply the latest updates to Forem.

If there was a plugin system of sorts for Forem, than I could avoid all this pipeline work.

I had lot of trouble with SSL, this is because I decided to change my SSL from aws.thedevc.cloud to www.thedev.cloud. I had torn down and setup my server a total of 5 times before I got it working again, but honestly I think I just had to wait for changes to propagate because after taking a break and coming back it just worked. 🤷. Thats SSL for you.

I should probably move Redis to ElastiCache but there is no urgency for horizontally scaling.

I think I'm not sure about is how I would separate Sidekiq from Rails into isolate VMs. I have done this prior, but with the extra layer of podman, there is a lack of confidence around the imagining, configuration and orchestration.

The welcome checklist was very useful, and I referred back to it several times. I would love to see this expanded.

I had a really hard time finding the "Public" checkbox under "User Experience and Brand" and Sidebar Tags. I believe it was public by default and I don't know if I unchecked it but it took me a long time to find it.

In general I have had a really hard time finding and determining sidebar functionality, and to get clarification I had to step though the codebase to figure it out. In the admin panel I don't see the term Widget used anywhere but its in the markup, I see sponsorship in the markup for widgets but I'm not sure if they actually map to Sponsorships in the admin panel. I'm not exactly sure what a Campaign is suppose to be. I did figure out an Ad.

Twitter Authentication was tricky because the Developer documentation did not match the current UI of the Twitter Developer portal. I did eventually figure it out. I had to ensure email was being collected.

Email is still in the works. We hooked up SES, but I think I'm sandbox mode yet, so I have not seen a transaction email.

I finally understand what Cloudinary does. I'm not sure how it gets configured to generate social graph thumbnails in Forem and I can't tell how expensive it is because it's credit system is confusing. I'll need to ask Tessa Mero.

Badges were straight forward. I wasn't sure if there was a proper dimension for a badge, I just looked a DEV's badge dimensions and roughly used that.

Tags are cumbersome to setup. I keep forgetting to checkbox "supported" and since it doesn't show which ones are supported in the table of tags, I have to systemically click through each tag to figure out where I have missed the checkbox.

Entering a hexcode in doesn't work, so I have to always open the colour picker and enter the rgb.

I have big plans for my Navigation. 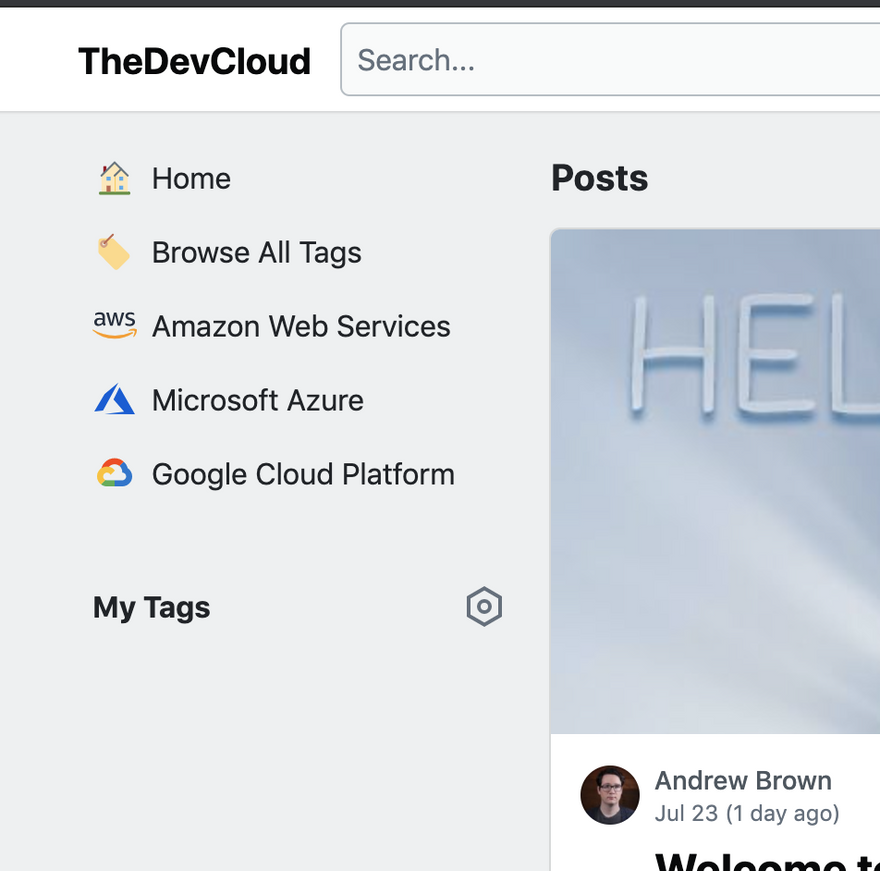 Having to enter the position for a link is not a big deal, but I keep forgetting the position of the other links because the popup covers them, so I have to back and forth frequently. I increment my position by 100 for each section and then 10 for each link in a section so I have room to move links around.

I'm losing alot of time just trying to get an svg icon to get accepted. I cannot determine what it doesn't like. Sometimes its failing on icons that previously worked.

I want to be able to create navigational links without an icon. I tried used a blank svg but it did not like that. 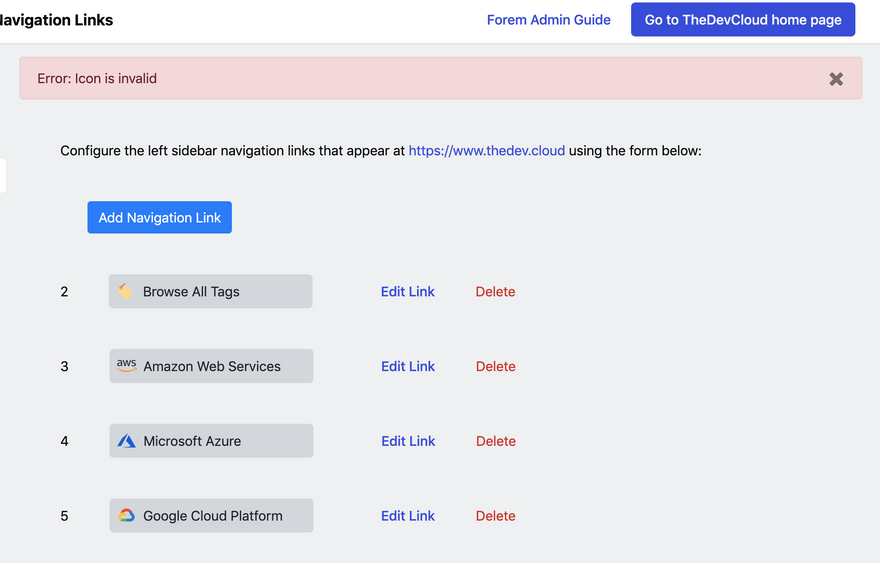 I have yet to setup my mascot.

I am getting Mailchimp errors as I can see them in Sidekiq, since I don't have Mailchimp setup. I like to use Amazon Pippoint for marketing emails due to its cost effectiveness, but I think I'll have to bite the bullet and get Mailchimp because I do want newsletters.

No idea how HTMl Variants work. I have yet to make a page.

Creating a Welcome Thread in the Admin is broken. Though Rails Console I created a thread. I realized that I could have just made a Thread by making a post and tagging it welcome and following the heading format.

I was planning to radically change the layout because I have big plans for how I display tagging, and for most of it I could accomplish via having an override css file.

I ran into trouble for three reasons:

I know in about 3-4 hours I could correct the markup for better composability and base styling to meet most use-cases but I would end up overriding too many erb files and I think Forem is very likely going to be changing its markup to meet the demand of more Forem users, so I decided to revert to the original css and markup until this gets reworked.

I think one low hanging fruit would be to just break the partial up into more partials, because then I'll have an easier time overriding individual areas.

Its not a big deal I can't get the layout how I like, as I realized I should really just be focusing on content creation and community engagement than pushing pixels to deliver a unique or tailored experience at this stage.

So there are not major roadblocks to getting my community going.

So all good here 👍

Questions from the Community: Can you help?